FOR IMMEDIATE RELEASE Lewis Beeler Jr., author of RINO List 2012 and creator of RINOList.org, is asking Republicans to vote against certain GOP members come next Tuesday.  In his explosive new book, Mr. Beeler actually gives a Conservative reason to vote for the Democrats in Ohio, Kentucky, and more!  RINO List 2014 is an indictment […]

RINO Debate Recap My short take away from last night Main Stage Trump: Magnetic charisma and has smarts when it comes to finances and foreign policy. Cruz: He should be the next president of this country. Simply stunning. Carson: An intelligent, gentle man in an ungentle time. Rand: Finally came out of his shell a […]

RINO List has been pretty much radio silent for the last few months as I finished my PhD courses. Now its time to break out the RINO rundowns! Tomorrow evening will be the Fox Business Wall Street Journal Republican Presidential Debate in Milwaukee, WI, moderated by Neil Cavuto, Maria Bartiromo, and Gerard Baker. The Little […] 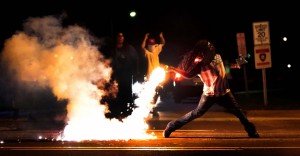 In honor of the the ill-informed Starbucks’ #RaceTogether, we present now another idiot Republican who is further inflaming racial tensions. First, General, why are you still in the GOP? Second, yes, there is a “dark vein of intolerance” which is best shown by these pictures. Third, it was racist because “Hands up, Dont shoot, was […]