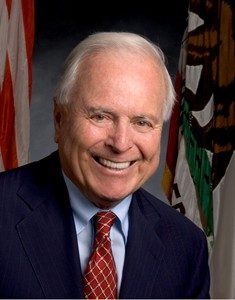 The acronym RINO was coined by Republican Celeste Greig, who applied the term to the Los Angeles Mayor, Millionaire Richard J. Riordan, the original RINO. Mayor Riordan was a “Moderate Republican” who used his millions to finance his election effort to become mayor of Los Angeles, while accepting and giving moral and financial support to Liberal Democrats throughout his career.